The journey begins.  Actually it started​ almost 10 years ago.  I was at an open jam in Chaska MN and the house guitarist, Jeff Johnson, had an Epiphone Jr. Running through a single 1 x 12 cab and he was getting some great tones.  I sat in and jumped on his modified single ended amp, now running an EL34, along with home brew Clon clone and was immediately hooked.  It sounded fantastic!   I thought to myself that given my Electronics background, I certainly could do something like this myself.  I quickly downloaded a “How to modify Epi Jr.” tutorial and I was off to the races.  I started​ with small tweaks and component upgrades and by Epi head #4, I was basically gutting them and completely rebuilding them.  I had not yet developed a build style though.  I really wouldn’t want you to see the inside of those amps but they did sound good.  There was even one where I hacksawed the board in half and just used the power supply half of the board.

Next, I started​ to build amps for myself from the ground up.  They were a little cleaner on the inside but still quite kludgy.  However, during this time, I really started to focus on component choices and I found that some just sounded better to me than others.  I did a lot of experimenting to get a handle on what I like to think of as “sonic prescriptions”, which have helped me move towards the sounds I wanted to hear for my own playing experiences.

Occasionally​, I would find a vintage hand-wired beauty or modern boutique amplifier and buy it – if I thought the sounds were superior and if I thought I could learn something from the Masters.  I’ve owned or still own numerous Carr, Dr. Z, Fender, Marshall, Savage and Louis Electric amps to name a few.  Each has their own sound and build style.  These all offered a learning opportunity but none were as informative as Merlin Blencowe’s site and books, The Valve Wizard.  This is must reading for any hobbyist and up and comer – truly.  Hats off to you sir!

Over the past several years, I have really honed in to my own unique build style/sounds and feel I’ve progressed to the point where I am now comfortable throwing my hat in the ring.   So here I am.  Let the journey begin!

Let’s Get Your Project Started!

Let John Metz Join Your Hunt
for Sonic Bliss
You know the sound you’re after. If you’re like me, you can hear it in your head. I’d love to build an amp that can deliver. 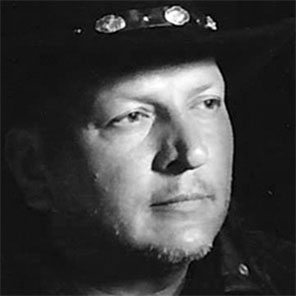 John Metz is a data scientist and engineer with an extensive background in electronics. He’s also a musician and has been for over 25 years. An accomplished guitarist, John toured with Fergie Frederiksen (formerly of Toto) and played in several bands in and around Minneapolis and St. Paul. Currently he is the Vinyl Recliner lead guitarist in Savage, Minnesota.